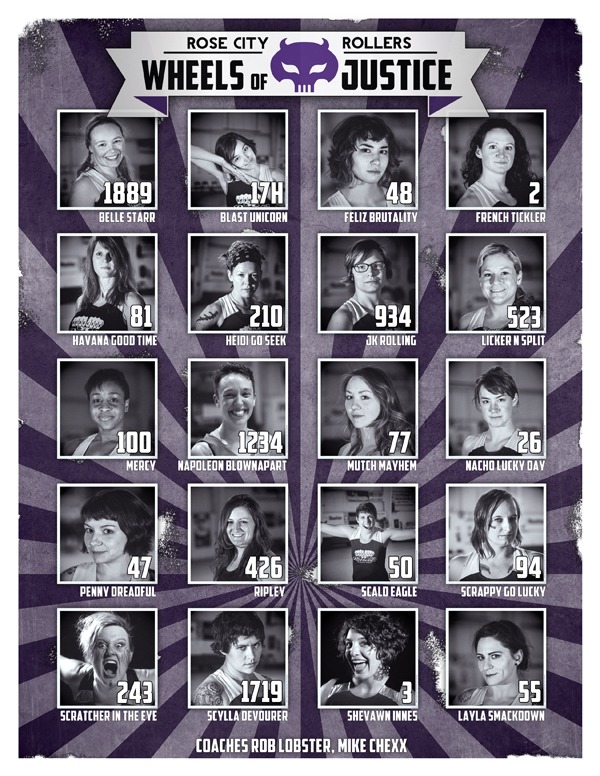 Based In: Portland, Oregon, USA

Has your league experienced any retirements, transfers or injuries in the past year that have made a substantial difference in your league’s play and performance?
White Flight and Soulfearic Acid retired at the end of 2012. Belle Starr joined the team in 2013, and has been an impact player. Napoleon Blownapart and Shevawn Innes have battled injuries this season.

What was the turning point for your league to make it to a playoff this season?
The loss to Angel City was a huge wake-up call for our team - and that was back in April. Since that time, the team has gone undefeated, winning four straight (Victorian, London, Rocky Mountain, Rat City).

Do you have a mascot? If so, what's its name? And will the mascot be with you at Playoffs? Do you have any special cheers for any of your skaters?
A pegacorn has chosen us as its team - we don't keep the pegacorn, it keeps us. I haven't gotten close enough to it yet to ask its name. I don't know if I'd understand the answer anyway. We can only speculate whether it will make itself known in Ft. Wayne.