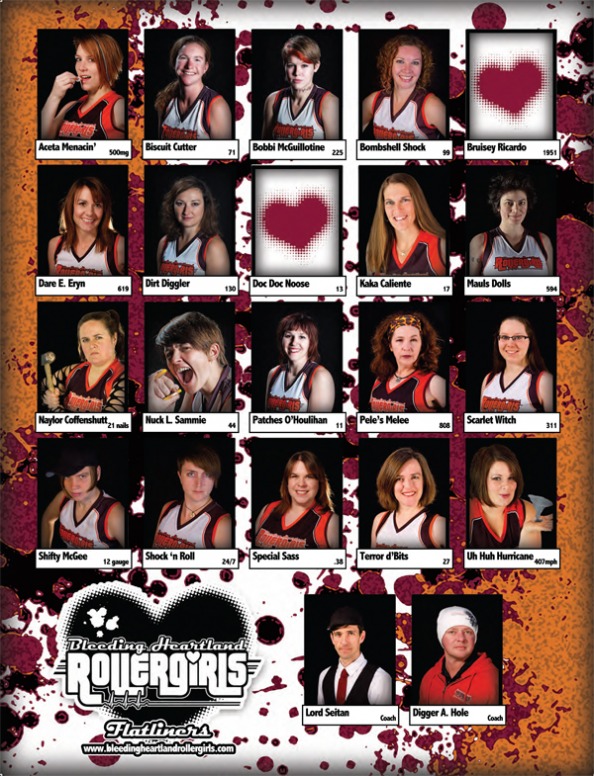 Based In: Bloomington, Indiana, USA

Previous Playoff and Championship Appearances: None. This is the first time Bleeding Heartland has qualified!

How have your practices changed since being named one of the teams to make it to the 2013 Playoffs?
In the past we have typically taken all of July off from practices and then started back in August with a light practice schedule until we kick up the intensity in October. This year, we are kicking the intensity back up much earlier of course! We've had an increased focus on cross-training, especially outside of normal practice times. Practices to get ready for playoffs will continue to be what we do best, which is to perfect our style and strategy.

Do you have a loyal following of fans at your home venue? Will any of them be traveling to Playoffs?
The Bleeding Heartland extended family of B and C team skaters, volunteers, family, friends, and fans will be making the 3 hour trek to support the Flatliners. And man, we can be loud!