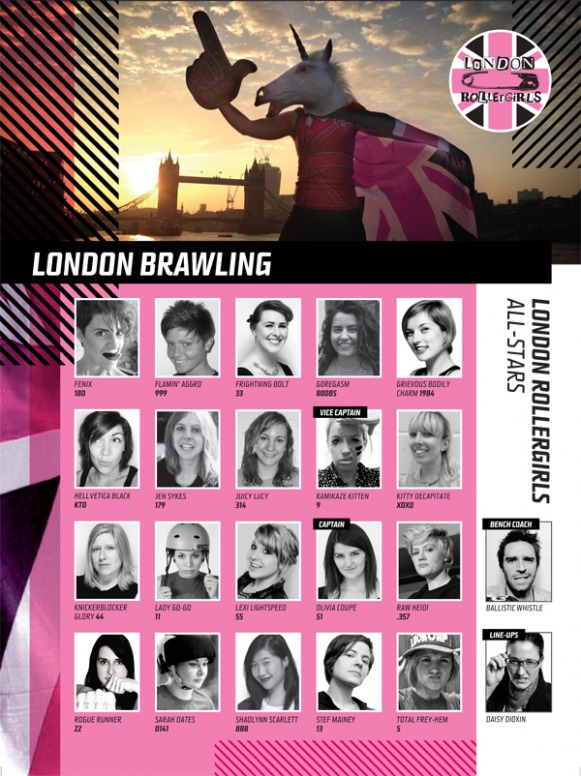 Based In: London, UK

What are some game highlights from your travel team season this year?
Our game against Windy City in London was fantastic and probably one of the most physical displays of roller derby Europe has ever seen in the flesh. The crowd was roaring for both sides. On tour our most exciting games were against Rose City, Rat City and Oly which all had nail-biting moments throughout.

How have your practices changed since being named one of the teams to make it to the 2013 Playoffs?
While the rest of the league has their summer holiday Brawling will spend the entire month of August training for playoffs

We have nicknamed this month "Brawlgust". Cue the Rocky training montage.

Have you ever played any of the teams in your Playoff bracket? If so, how did those games turn out? If not, which match-up are you most excited about? Why?
We've played two of the teams in our bracket - our longstanding friends and rivals Montreal who we beat last year at the East Region Playoffs and our good friends the Rose City Rollers who we lost to in June. We'll be playing Rose City first to be in contention for Champs. Our team loves tournaments and concrete floors so we'll be in our element this time round - expect a much stronger London Brawling. This is going to be the game to watch and is the game we are most excited about.