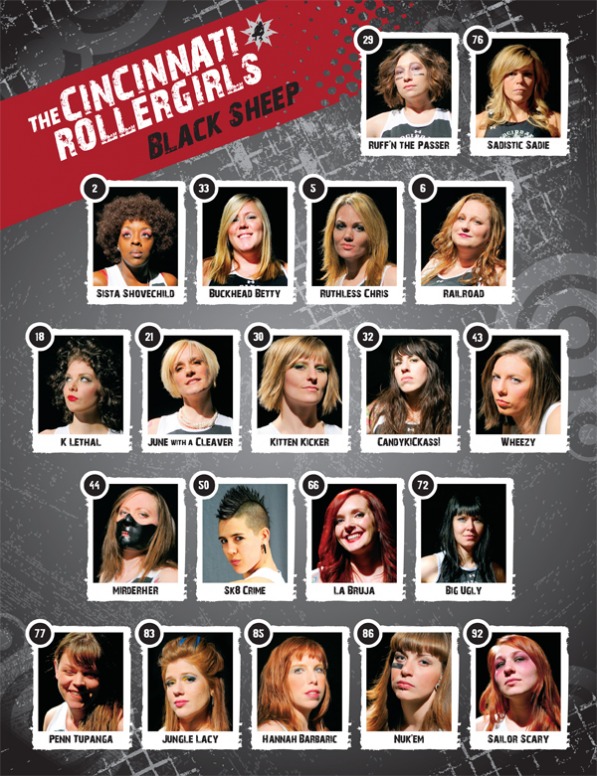 Based In: Cincinnati, Ohio, USA

What are some game highlights from your travel team season this year?
We had a 9 game winning streak in which we scored over 200 points every game, and over 300 points four times. We've always focused on defense, so that kind of point production was something different for us.

Who are your highest scoring jammers?
We relied almost exclusively on a two-jammer rotation this year. Wheezy and K. Lethal have scored in the neighborhood of 95% of our points. Neither jammer likes to sit. They are both most comfortable jamming every other jam.