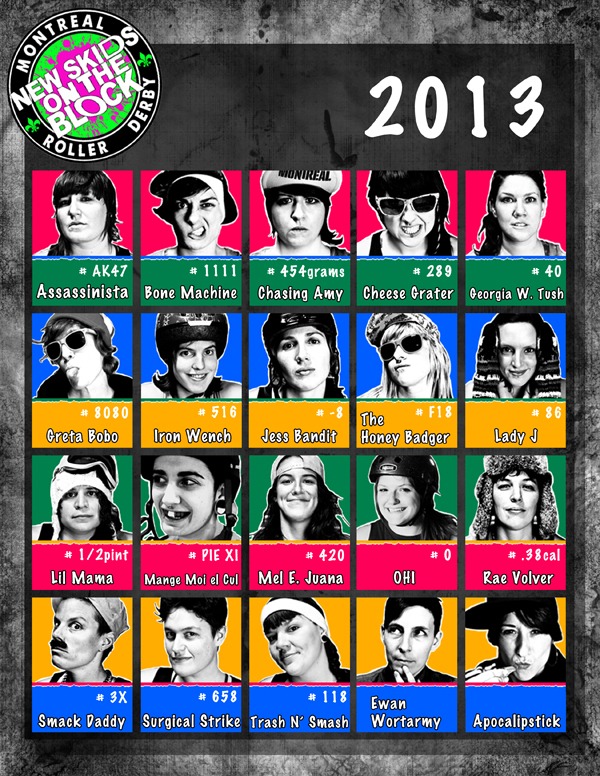 Has your league experienced any retirements, transfers or injuries in the past year that have made a substantial difference in your league’s play and performance?
We've had two big injuries this year. Honey Badger broke her leg at the beginning of the season and Bone Machine had a serious concussion. Both skaters took their recovery process very seriously. When it comes to brain injuries, it is no joke.

Luckily we have a big roster, so it didn’t make a substantial difference in our performance. We are a team team, and try to not rely on a few players because anything can happen throughout the season.

Have you ever played any of the teams in your Playoff bracket? If so, how did those games turn out? If not, which match-up are you most excited about? Why?
We have played London that last few years, so the conspiracy continues that we will always be against each other (heh, just kidding). It's always a very close game. We have also played Ohio before at our first time at ECDX. This year however, we have mostly teams that we have never played before so it will be exciting to see how it all turns out. We would love to play teams like Denver, Rose, and Arch Rival because we have never met them on the track.

What was the turning point for your league to make it to a playoff this season? Was there a big win that pushed your team over the edge?
We have had some great games against teams like Philly and Windy this year. Our coaching staff has developed our training program to make us peak at the right time, so you ain't seen nothin' yet!