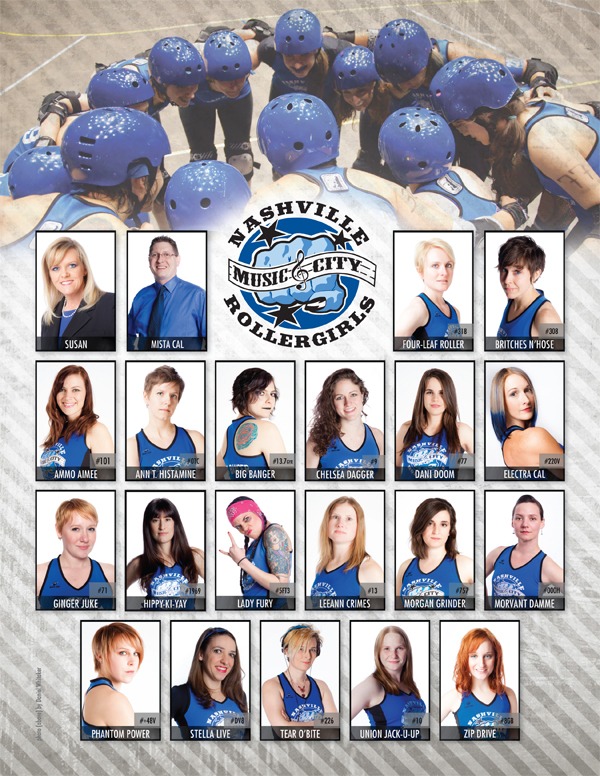 Based In: Nashville, Tennessee, United States

Has your league experienced any retirements, transfers or injuries in the past year that have made a substantial difference in your league’s play and performance?
Nashville retired quite a contingent of long time veterans this season, to include, Jennifer Smith, Hildabeast, Slammy Lou Harris, Slayla, and Susan, who moved to a coaching role this season. We lost Sugar Magmaulya and Maulin Monroe both to job relocations, and we temporarily sidelined Stampeedee Gonzales with a knee injury. Although we have experienced quite a turnover, we have been fortunate enough to have depth through our Brawl Stars to have many willing and able players step up to fill these roles and continue our winning tradition.

What was the turning point for your league to make it to a playoff this season? Was there a BIG WIN that pushed your team over the edge?
The Nashville Rollergirls have not had any major turning points or large margin edges, we have just continued to play at a consistent high level to achieve our goals.

Have you ever played any of the teams in your Playoff bracket? If so, how did those games turn out? If not, which match-up are you most excited about? Why?
Nashville has bouted one team in our bracket, Columbia Quad Squad, which resulted in a loss for Nashville, 166 - 129. Upon a hopeful victory over Oklahoma Victory Dolls, we are most excited to take on Gotham Girls Roller Derby. To be the best you have to take on the best, right?