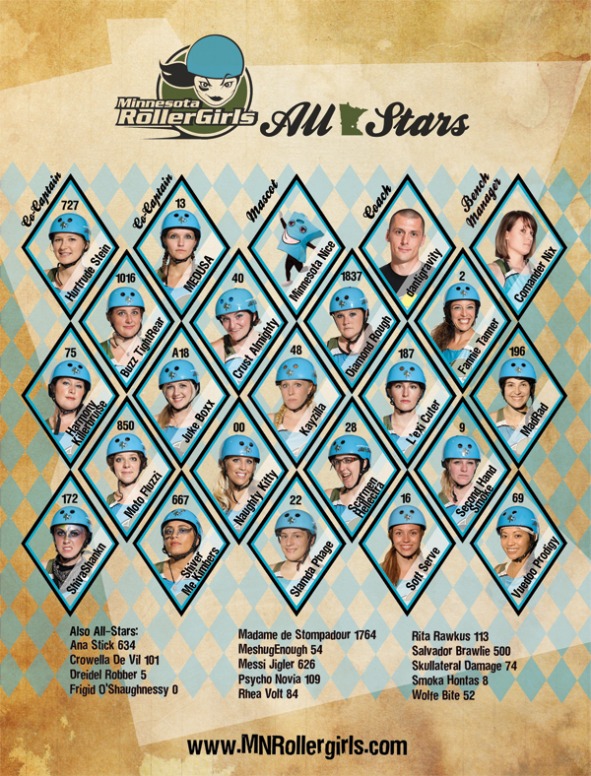 Does your league have a motto, or words that it lives by? What is it / what are they? What does it mean to your league?
“Winter is coming.”

Do you have a mascot? If so, what's its name? And will the mascot be with you at Playoffs? Do you have any special cheers for any of your skaters?
Our mascot’s name is "Minnesota Nice." It will certainly be at Playoffs.

Has your league experienced any retirements, transfers or injuries in the past year that have made a substantial difference in your league’s play and performance?
Slambda Phage transferred to our league from Gotham mid-summer, which is nice. There have been a few pregnancies, but they were well-timed. Overall, our roster looks very similar to last year's.