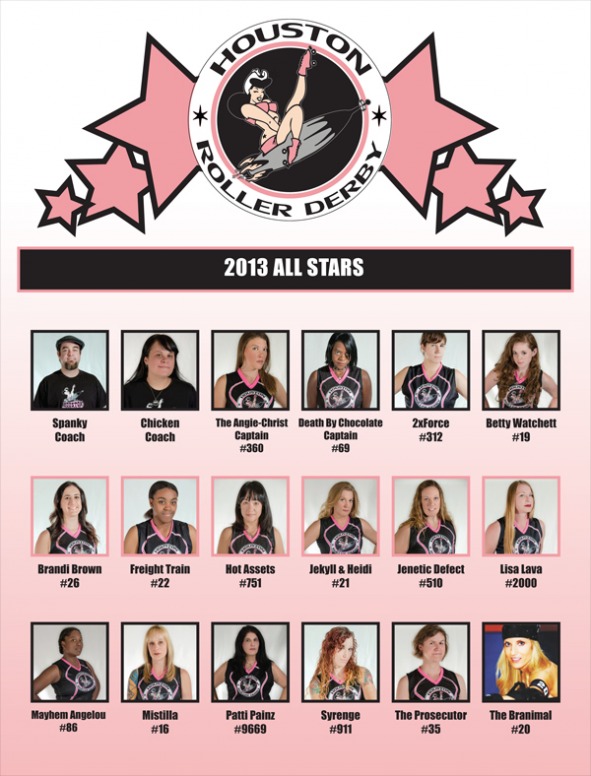 Based In: Houston, Texas, United States

Does your league have a motto, or words that it lives by? What is it / what are they? What does it mean to your league?
"Fight and focus. Play with purpose. We are Houston."

Have you ever played any of the teams in your Playoff bracket? If so, how did those games turn out? If not, which match-up are you most excited about? Why?
Rocky Mountain Rollergirls was a crazy loss for us at 2012 Championships in Philly - oh man, that was our first time to suffer stopper derby. :)