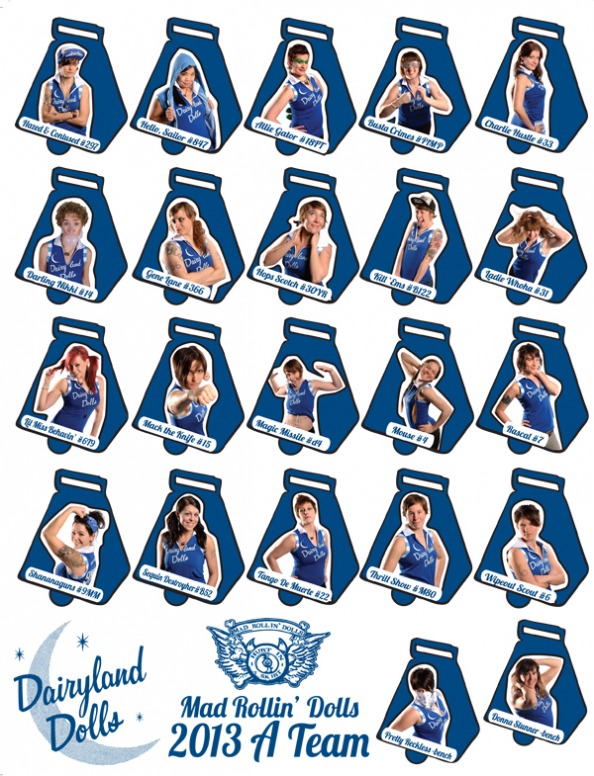 Based In: Madison, Wisconsin, United States

Does your league have a motto, or words that it lives by? What is it / what are they? What does it mean to your league?
This year, the Dairyland Dolls have been rallying around our team battle cry “TO THE SHIP!” It means our goals this year is to work hard to get to the championships in Milwaukee, so virtually our backyard. Everything we do on and off the track as a team is focused around getting there.

Has your league experienced any retirements, transfers or injuries in the past year that have made a substantial difference in your league’s play and performance?
Wildberry Punch, who was a Team USA alternate, is pregnant. Dolly Pardon Me, a Dairyland Dolls mainstay since the beginning, has taken the year off to heal from an ankle break. Sugalumps, a go-to jammer and blocker, transferred to Burning River this summer. (It was exciting to watch her play in Division 2 playoffs with them!)

What are some game highlights from your travel team season this year?

Ooh, so many highlights! Stream of consciousness reminiscing here:

It’s been a great season!