Following an action-packed Playoffs season, the top 12 teams in the WFTDA gathered in Atlanta, Georgia, Nov. 2-4 to compete for the sport's greatest glory, the title of WFTDA Champions. In 2009, the Atlanta Rollergirls successfully hosted the WFTDA South Central Region at Southern Fried Smackdown. We are now honored to host the entire WFTDA community with the 2012 WFTDA Championship Tournament!

Located a few blocks from the bout venue in downtown Atlanta, the official tournament hotel, the Atlanta Marriott Marquis, offers a convenient option for skaters, support staff and fans attending the 2012 WFTDA Championships. Nearby attractions — in addition to the tournament, of course — include the Georgia Aquarium and the World of Coca-Cola.

Find out more about where to book! 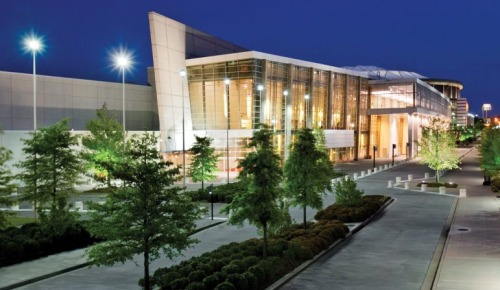 The Georgia World Congress Center was the first major state-owned and operated convention center in the United States when it first opened in downtown Atlanta in 1976 and continues to play host to a wide variety of events. The WFTDA Championships venue is located across the street from a site recalling another major sporting event, Centennial Olympic Park, built when Atlanta hosted the Olympics in 1996.

Note: Outside food and drinks are prohibited in the venue.

Getting around Atlanta should be a breeze whether you choose to rent a car or not. The Georgia World Congress Center and the host hotel are just over 10 miles from the Hartsfield-Jackson Atlanta International Airport.

For more information on transportation