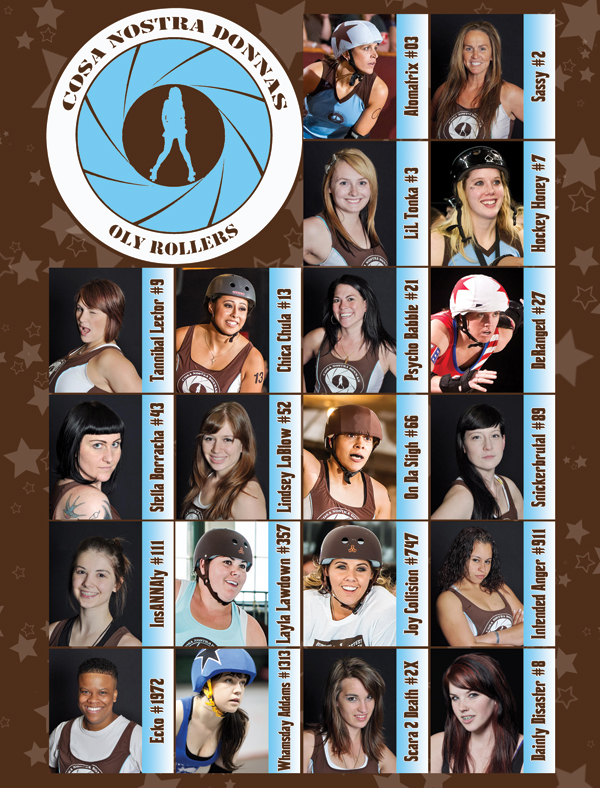 Based in: Olympia, Washington

Have there been any notable roster changes since your last Playoffs appearance?
We have lost some players, along with gaining some. Some players we lost were, D-Bomb, Blonde n Bitchin, and Rettig to Rumble, who have all retired; Tannibal Lector (retired/9 month injury); Hard Times, who transferred to Steel City.

What's one super special thing about your league that makes skaters want to stay?
Drive and heart.

What are some game highlights from your 2012 season?
Watching the young girls get better and better every game they play.

Is there a fun fact about your coaching staff that you'd like to share?
They are very dedicated and work just as hard as our skaters and we couldn’t do it with them.