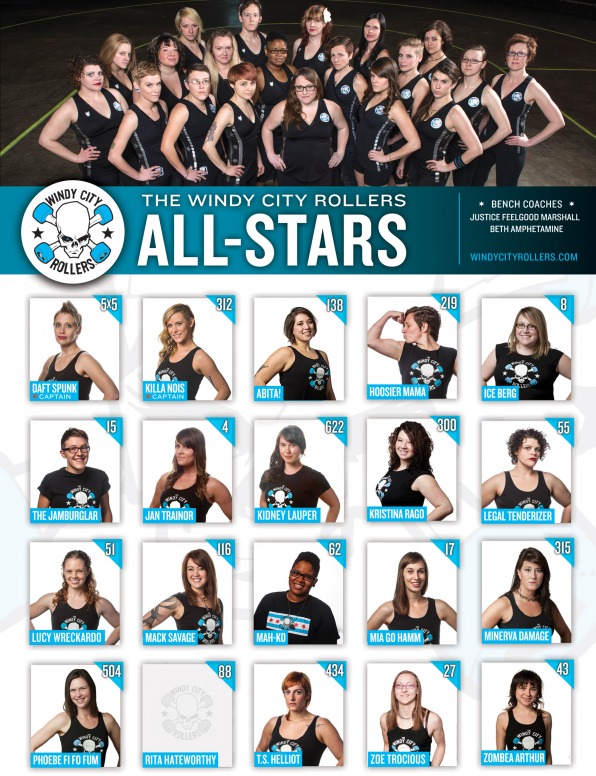 Based In: Chicago, Illinois, USA

Has your league experienced any retirements, transfers or injuries in the past year that have made a substantial difference in your league’s play and performance?
It is no secret that we have experienced tremendous turnover. WCR has been home to some of the longest skating veterans in the game-- with most All-Stars playing for close to 10 years. Those veterans have left an incredible legacy and this new generation of skaters, officials, and volunteers strive to keep WCR in the forefront of derby. The 2015 All-Stars has only 5 returning skaters. We are rebuilding and we will be stronger every day.

Does your league have a motto, or words that it lives by?
“FULL ASS” That’s about our effort. We don’t do anything half-assed. We are all full ass.

What was the turning point for your league to make it to Playoffs this season?
This season has been quite different for our team than it has been in the past, to say the least. We have always skated at Championships, but with a brand new team thrown into a season scheduled for veterans, we have seen many ups and downs. Our goal was to make it in as a fifth seed and we are proud that we accomplished it.