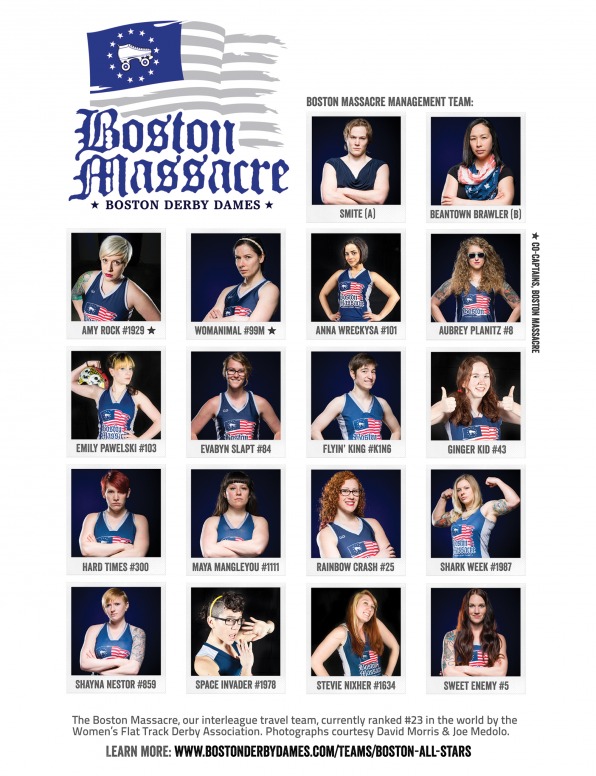 Based In: Boston, Massachusetts, USA

What was the turning point for your league to make it to Playoffs this season?
The win against Charm City. We’ve had a six year losing streak against Charm -- and to finally take home the W was completely exhilarating.

Who are this year’s Captains of your travel team?
We have two Captains that together make an exquisite PB&J. Amy Rock is a five-year veteran of the sport who played with Lansing Derby Vixens and transferred to Boston in the fall of 2013. She’s a fun-loving and charismatic team leader who’s not afraid to tell skaters to WERK IT. Womanimal is the prodigal daughter of Roller Derby. She’s only in her second bouting season and already made waves at the 2014 World Cup skating for Team Switzerland.

Is your travel team doing anything new or special to prepare for Playoffs?
Besides our 3 practice/week routine, we are implementing an additional off skates practice we have dubbed ‘Friday Night Flights’, on which we climb sections of the Harvard Football Stadium. It is an excellent way of improving anaerobic endurance and allowing us to skate every jam at 100% come game day.