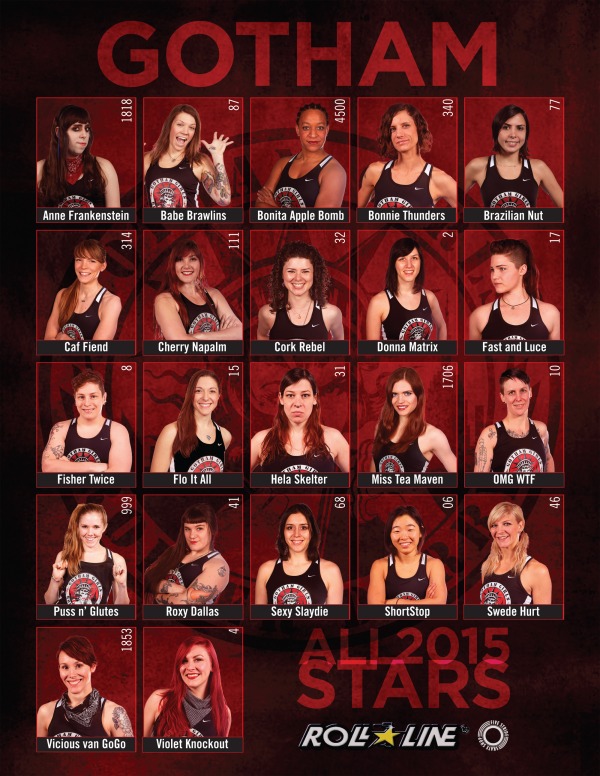 What was the turning point for your league to make it to Playoffs this season?
The GGRD All Stars have enjoyed a number of big wins against strong teams this season, but the turning point may well have been hit during the first weekend of the 2015 season. With new skaters on the team and returning skaters in new roles, it was impossible to know just how that first bout was going to go. Coming out of the gate strong with two big wins against two fiercely competitive Colorado teams truly set the tone for the rest of the season. New bees, same hive!

Have you ever played any of the teams in your Playoff bracket?
We've had the pleasure of meeting quite a few of the teams in our bracket before, most recently the Minnesota RollerGirls at Midwest BrewHaHa. It's exciting both to see more international competition in the bracket as well as another New York league at Division 1 Playoffs.

Has your league experienced any retirements, transfers or injuries in the past year that have made a substantial difference in your league’s play and performance?
At the end of 2014, a handful of high profile skaters and both team managers stepped down from the All Stars. Knowing that it would never work to simply assign new players to the roles that those outgoing skaters had filled, Gotham set about designing strategies and lineups that played to the strengths of the 2015 charter. The result, a 6-0 season record, speaks for itself.