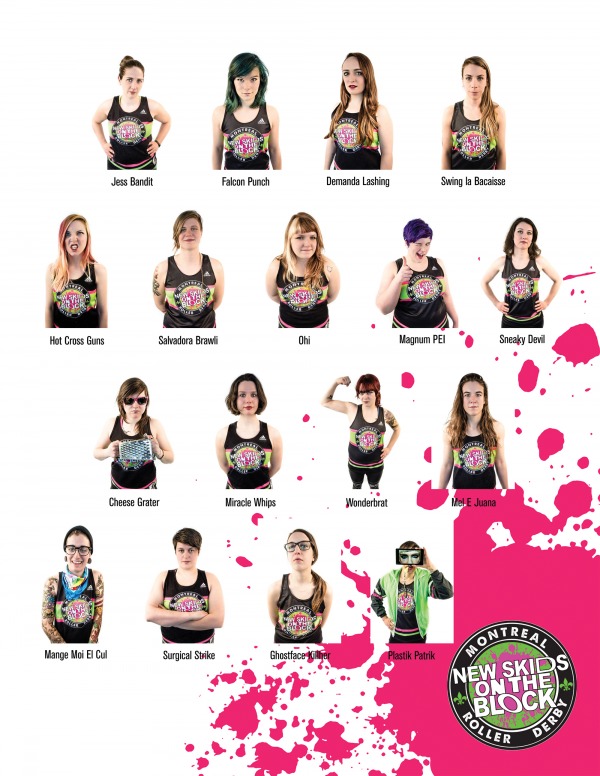 What was the turning point for your league to make it to Playoffs this season?
We never really thought we would not make it to Playoffs, but we expected to drop some in the rankings. We had a significant roster turnover. We knew we would have to build it up and we were ready to put in the time. We really caught our stride with the big win against Boston in May.

Smack Daddy, Lil Mama, Georgia W Tush and Chasing Amy all long time pivotal members of our team retired. This was going to be a rebuilding year with a few rookies in tow. Then a couple of happy transfers came in mid-season, Dyna Hurtcha and Konichiwow, both team Canada members and peppered what was already looking like a surprisingly strong, tight team. Strategy work has changed, we've adapted to the skaters we have and the team feels stronger than ever.

Have you ever played any of the teams in your Playoff bracket?
We played everybody in our bracket except for Angel City. The only two we've never beaten are Gotham and Minnesota and we would love a rematch against both!

Do you have a mascot?
No mascot or cheer to speak of really, but what does symbolize us is the neon green uniforms. Shine bright like a diamond.