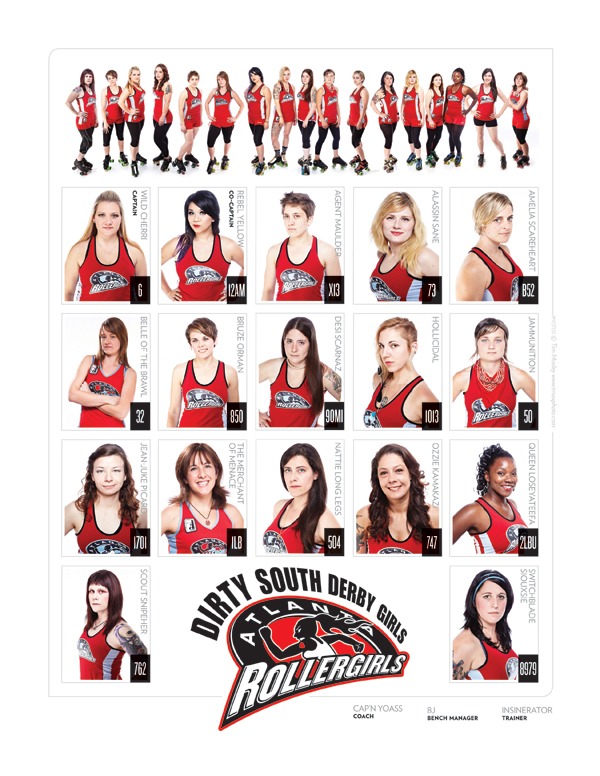 Based In: Atlanta, Georgia, United States

What are some game highlights from your travel team season this year?
Two games come to mind:

Starting out the season with a win against one of our best rivals, Nashville.

Our loss to Gotham: while losing sucks, we felt like we did a great job with our strategy and helped to reinforce our improvement this season.

How have your practices changed since being named one of the teams to make it to the 2013 Playoffs?
We had added practices, scheduled more scrimmages, and rededicated ourselves to skating 150% each time.