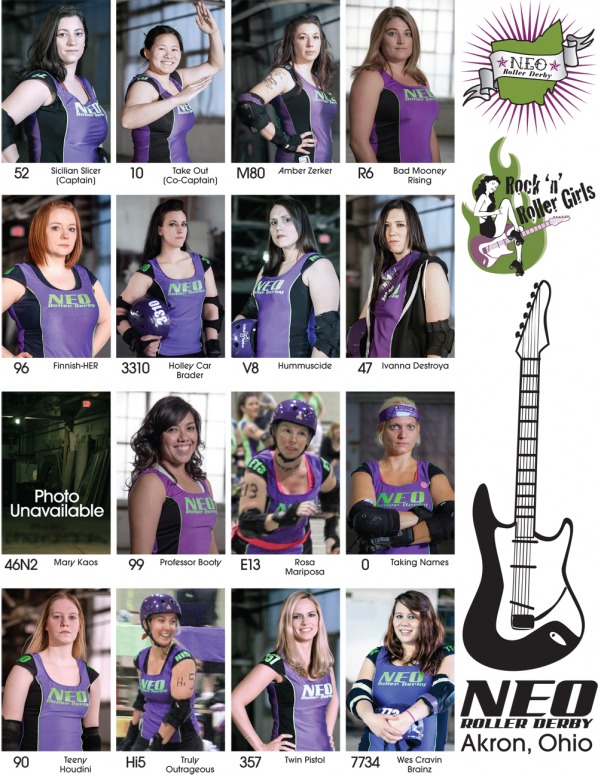 Based In: Akron, Ohio, United States

Previous Playoff and Championship Appearances: This is NEO Roller Derby’s first trip to a WFTDA Playoffs.

Have you ever played any of the teams in your Playoff bracket? If so, how did those games turn out? If not, which match-up are you most excited about? Why?
We have played Killamazoo, Paper Valley, and Burning River. Last season we played Killamazoo twice. The first game happened early in our season and we lost by 74 points. The second game happened late in our season and we won by 39 points. Up until this season we had never beat Burning River or Paper Valley. We beat both teams this season.

What are some game highlights from your travel team season this year?
We went to the Midwest Brewhaha with a very short roster. We almost beat Brewcity but lost players due to injuries and foul outs. We ended up playing Paper Valley with 9 players and won with only having one of our primary jammers playing. We have also beat teams we have never beat before.