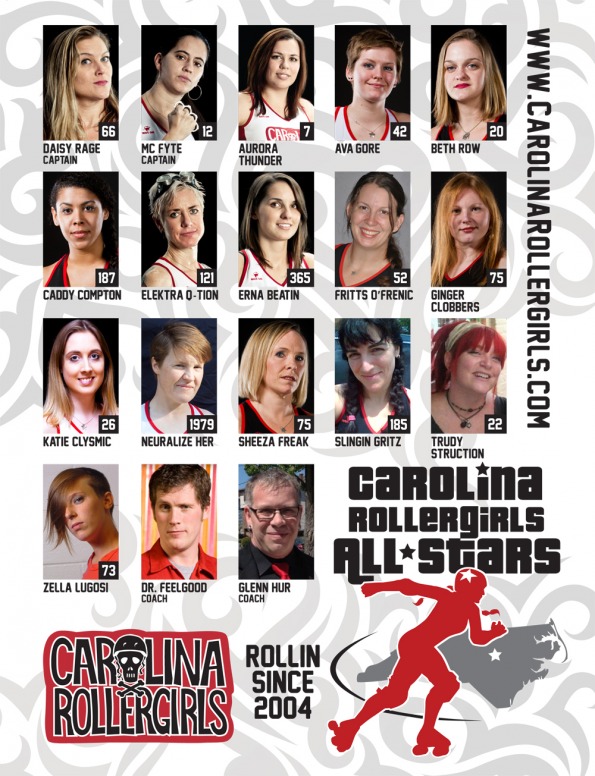 Has your league experienced any retirements, transfers or injuries in the past year that have made a substantial difference in your league’s play and performance?
We lost 11 of our vet skaters the end of last year and most of our All-Stars were Bootleggers last year so we have lost a bit of talent, but we've also gained a few transfers, Neuralize HER from San Diego Roller Derby as well as gained some back from retirement, Trudy Struction and Zella Lugosi which definitely adds some zest to our Div II playoff charter roster

What are some game highlights from your travel team season this year?
Playing Charm City, Blue Ridge, and Killamazoo in our one-day Got to be NC tournaments...it was rough, but we learned so much as essentially an all 'new' team of skaters this year, Playing New Hampshire, those ladies are rad, and getting to skate against Boston and Montreal--two amazingly talented teams and we learned so much.