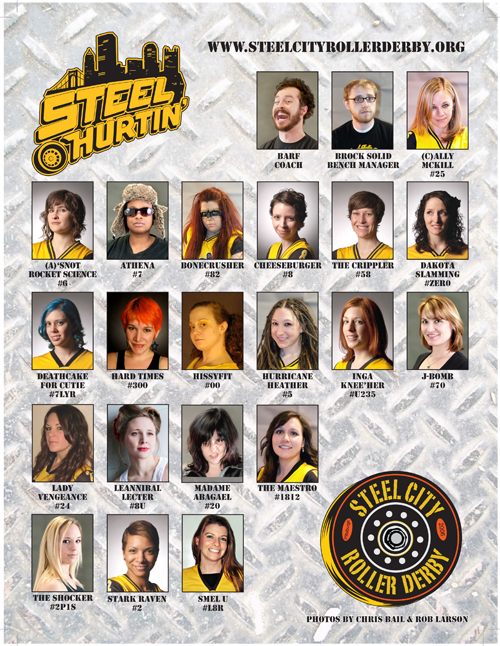 Based In: Pittsburgh, Pennsylvania

What's the most interesting thing about your home city?
The City of Champions is sports-obsessed, loyal fans, love team sports.

What are some game highlights from your 2012 travel team season?
Going undefeated at our home venue in Pittsburgh.

Who should we watch out for on the track during your appearance at the 2012 Playoffs, and why?
All of us. Every skater is a threat!