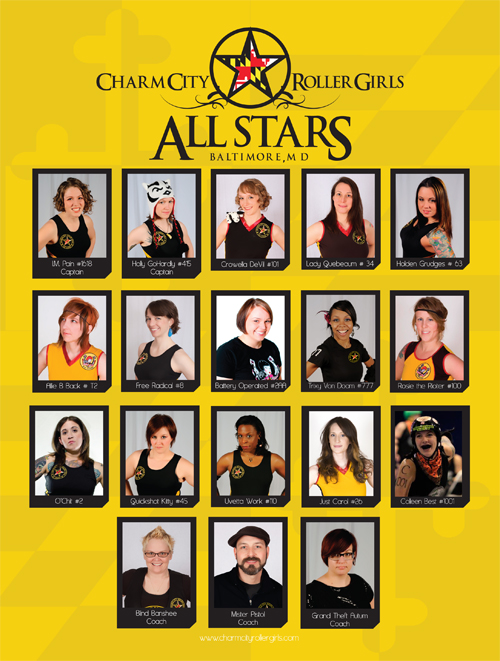 Based In: Baltimore, Maryland

Do you have a mascot?
We do! The ever so fabulous Bane-ana! He travels from New York to a lot of our home bouts and he will be in attendance at Playoffs.

What's the All Stars’ most memorable derby moment?
Playoffs 2010, the first year we made it to Championships. So far for this year, though, competing and winning on the banked track in Arizona in April.

Have you had any notable roster changes since your last Playoffs appearance?
We have had a lot of turnover since our previous Playoff appearance, with some new transfers as well as some skaters coming up in the ranks.

Who should we watch out for on the track during your appearance at the 2012 Playoffs, and why?
No one individual player, you should look out for our teamwork!