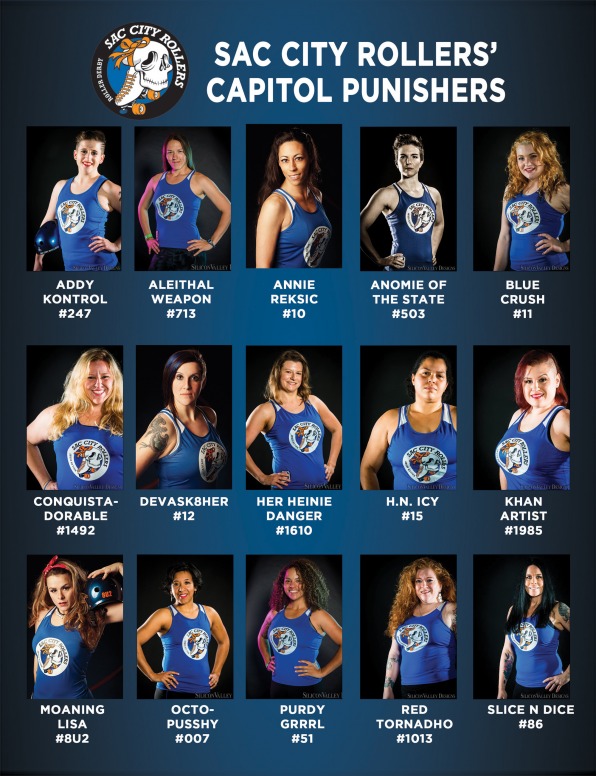 Based in: Sacramento, California, USA

What was the turning point for your league to make it to Playoffs this season?
As a team, we made a goal at the beginning of the season to attend D2 playoffs. We had two successful tournaments this season, which helped to raise our rankings into tournament contention. We kept a very close score against Boulder County in the Dust Devil Tournament, which helped our ranking early in the season. We also played some successful games at the Spudtown Tournament, which solidified our rankings rise into D2.

Has your league experienced any retirements, transfers or injuries in the past year that have made a substantial difference in your league’s play and performance?
As all teams are finding more common, retirements are hard hitting each year. We lost some key players in the 2014 season, and 2015 season, but we’ve been fortunate to have players move into different positions, in addition to skaters coming up in the ranks who have filled gaps in an exceptional way. We’ve also gained two skaters who graduated from our junior program into our all-star team. They have been great assets to our team!

Does your league have a motto, or words that it lives by?
OCTU, which stands for One Cohesive Team Unit. This motto was brought to us by a captain several years ago, and it has been relevant every season since. It is our immediate beast mode saying.