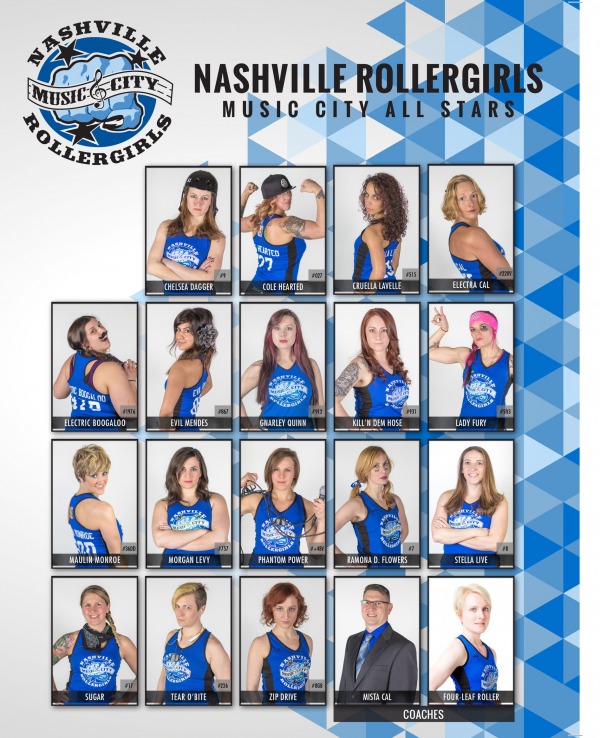 Based in: Nashville, Tennessee, USA

Has your league experienced any retirements, transfers or injuries in the past year that have made a substantial difference in your league’s play and performance?
At the end of last season, 2 veteran skaters retired, Four Leaf Roller and Union Jack-U-Up. Those were hard loses for the team because both of those are great skaters but they were also very strong forces on the team mentally. Our captain for much of the season, Big Banger, moved to NYC for work and is greatly missed.

Have you ever played any of the teams in your Playoff bracket? Which matchup are you most excited about?
We played Naptown as the first game of this season and lost 157-90 We played Chicago outfit in April 2013 and won by 30 points. We played Brewcity in 2012 and won by 8 points

We're very excited to take on Naptown again this year! We played them very early in our season before we really had the chance to train much for 2015 and we're looking forward to a hopeful rematch.