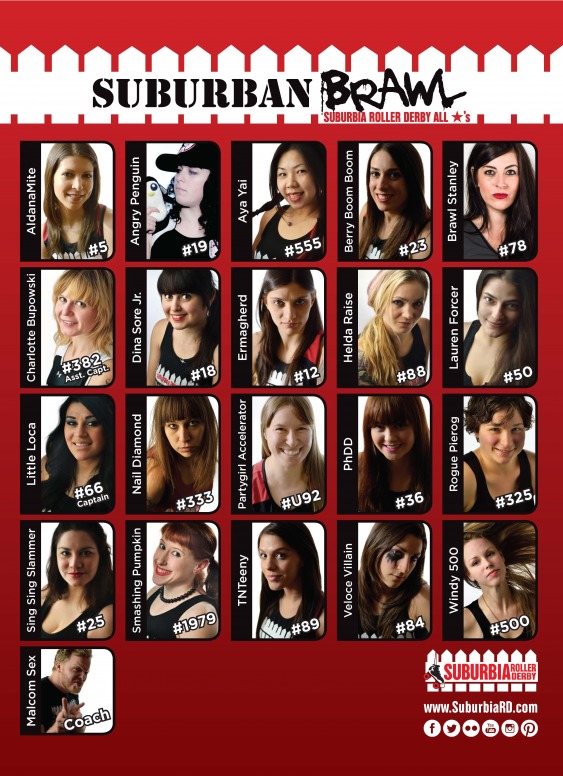 The team set out to get to D2s from the start, before we had played our first game. We had a great competitive season early on, but after a disappointing loss to DC at Beach Brawl, the team came together and re-ignited the fire to succeed. Since then, practices have been harder, workouts have been longer, and the team has bonded into a tight-knit, cohesive unit. Big wins we had in 2014 were a 390-26 victory over Gainesville, 222-192 early season win over Queen City, and most recently a 205-193 over DC.

Does your league have a motto, or words that it lives by?

Brawl's team philosophy revolves around the word "friends" - the mutual respect the skaters have for each other is what makes thus team successful and cohesive.