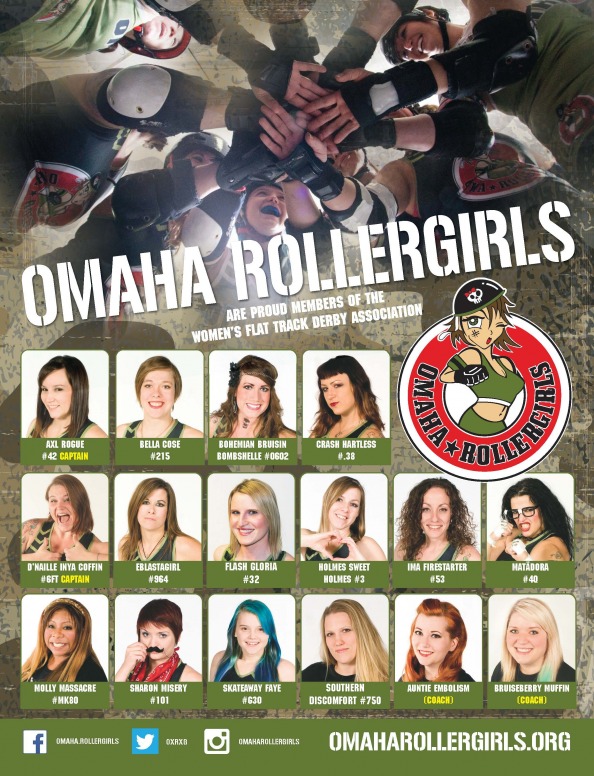 Based In: Omaha, Nebraska, USA

We have had numerous changes to our roster this year. Our travel team is small but mighty with currently only 14 members strong. In March, we had a transfer from No Coast Derby Girls - Flash Gloria - who has proven to be a wonderful addition to the team. We have also had several injuries throughout the season, but we are nearly all healed now for tournaments.

Our win against Chicago Outfit was huge for us. We spent much of our season trying to reconfigure our strategy based on 30 second penalties and more focus on offense. This was the first game where everything was clicking and working seamlessly as well as having a healthy roster.

Have you ever played any of the teams in your Playoff bracket? Which match-up are you most excited about?

This year we played Brewcity twice, once at Clover (lost 206-129) and in June (148-99). We always love playing them but both of those games we were not on top of our game and hope we get the opportunity to play them again for a win.

We also played St. Chux in February and lost 242-175. We have had major changes in our strategy since and feel like a rematch with them would also be a good game.