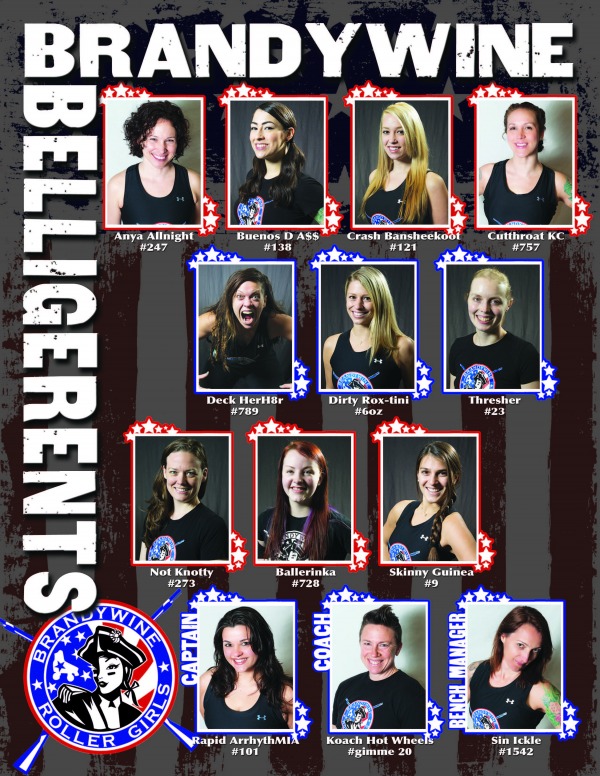 Based In: Downingtown, Pennsylvania, USA

We had an amazing start to our season which placed us relatively high in the rankings. We took advantage of invitations of higher-ranked teams in Canada inviting us to play. We also opted to play a lot of sanctioned bouts so that no single win or loss would hurt us too badly.

Have you ever played any of the teams in your Playoff bracket? Which match-up are you most excited about?

We have never met any of the teams in our bracket before. We are obviously excited for all the match-ups, but as a league coming into our first WFTDA tournament, we are most excited about our first game vs Omaha. We will be pumped up and stoked for each one.

Do you have a loyal following of fans at your home venue? Will any of them be traveling to Playoffs?

We do - we had a few fans follow us to Canada when we played Toronto. They will not be able to make it to Duluth due to cost of travel. We do have one very loyal and committed fan who is coming - he is the husband of one of our skaters, but he allowed us to do a fundraiser that involved him getting tattooed with a version of our logo.