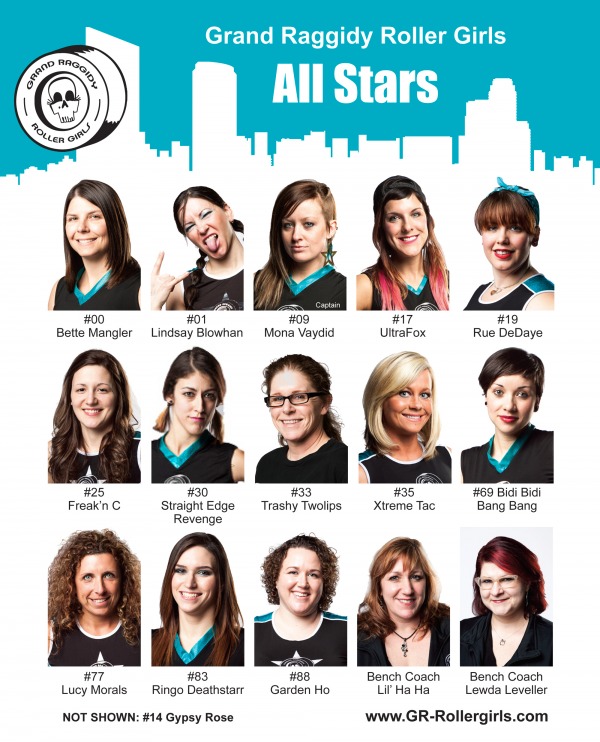 Based In: Grand Rapids, Michigan, USA

Has your league experienced any retirements, transfers or injuries in the past year that have made a substantial difference in your league’s play and performance?
We have had some turnover but that happens in most leagues. We are lucky to have a strong core of skaters and some very talented up and coming skaters from our league to step up when we need them.

What was the turning point for your league to make it to Playoffs this season? Was there a BIG WIN that pushed your team over the edge?
Grand Raggidy was ranked 64th in June and was invited after other higher ranked teams declined their invitation. However, the two games played at Brew Ha Ha felt really good. We went in knowing that we had to win to even have a shot at making it to playoffs. We had never played Fargo Moorhead before and they were a challenge. NEO has been a fun and fierce competitor for several years and we wanted to beat them.

What are some game highlights from your travel team season this year?
One of the biggest highlights for us was getting the invite to D2 playoffs. We honestly thought we were not going. Unfortunately teams had to drop out to allow us to go, but we really believe we belong at the tournament.