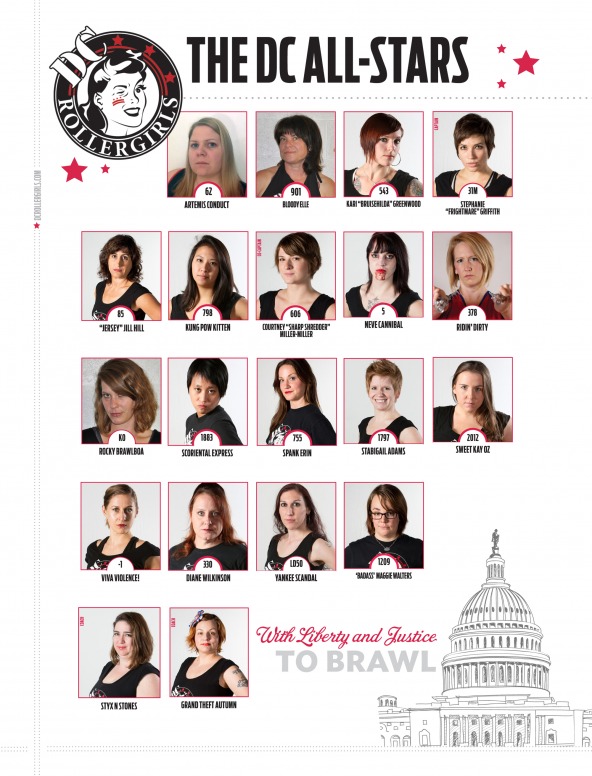 Based In: Washington, DC, USA

What was the turning point for your league to make it to Playoffs this season? Was there a BIG WIN that pushed your team over the edge?
Our second game as a team, winning against a highly ranked Blue Ridge in the last jam, was a very big moment for us. It showed us if we played as a team, we were capable of anything.

Beach Brawl was probably the most significant playoff push games we had this year. We had three very tough opponents in Bear City, Gold Coast and Suburbia and the format of the tournament was a great learning experience for us. We were able to bounce back within a short period after losing to Gold Coast to beat Suburbia- something very valuable for playoffs.

Has your league experienced any retirements, transfers or injuries in the past year that have made a substantial difference in your league’s play and performance?
We've certainly experienced retirements, injuries, and transfers in and out since the first month of our season. DC is a very transient city - that means, sadly, that skaters frequently leave us, but it also means that we have the opportunity to welcome many talented skaters from different leagues.

Most recently, we said a tough goodbye to Dual Hitizen, one of our most talented blockers, who moved out to the Bay Area. However, we've been lucky enough to acquire Bloody Elle (previous league: Windy City), Rocky Brawlboa (previous league: Detroit), and Neve Cannibal (previous league: Harrisburg) who have all made an immediate impact on our charter.

As for injuries, like most teams in roller derby, we do experience difficulties with injuries that affect our rosters. However, our togetherness and our focus remain unchanged no matter who takes the track.

Have you ever played any of the teams in your Playoff bracket?
One of the best aspects of D2 is we play each other often. As a small pool of teams trying to rise into D1, it’s many familiar faces facing off throughout the season at the same tournaments like Beach Brawl and Southern Discomfort. We believe that we have developed a healthy camaraderie and competition within the division.