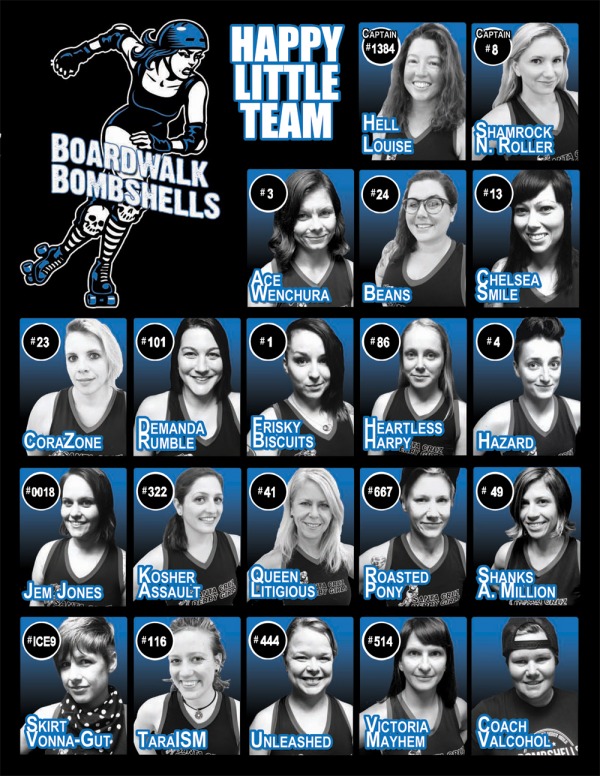 Based in: Santa Cruz, California, USA

What was the turning point for your league to make it to Playoffs this season?
With nearly half a new roster this season, we've still managed to come together as a team and win a majority of our games. The only two teams we've lost to this year have been London Rollergirls and Angel City Derby Girls. While we were hoping to be in D1 this playoffs season, we're excited to attend Cleveland and show the world that we belong in D1!

Has your league experienced any retirements, transfers or injuries in the past year that have made a substantial difference in your league’s play and performance?
We had quite a few skaters retire and / or transfer to other leagues. We lost about eight of our veteran skaters (including fan favorites Foxee Firestorm and Inflict Her Pain). We're really proud of how well we've done this season with a largely new team. Everyone has really stepped up this season with their enthusiasm and dedication to fill in the gaps that the retiring players left.

Who are this year’s Captains of your travel team?
Shamrock N. Roller and Hell Louise are our captains and both veteran derby skaters. Both have been with the Santa Cruz Derby Girls since inception and are two of the most knowledgeable and dedicated derby skaters you'll ever meet. They've both taken huge leadership roles this year in integrating both veterans and newbies to form a cohesive unit.