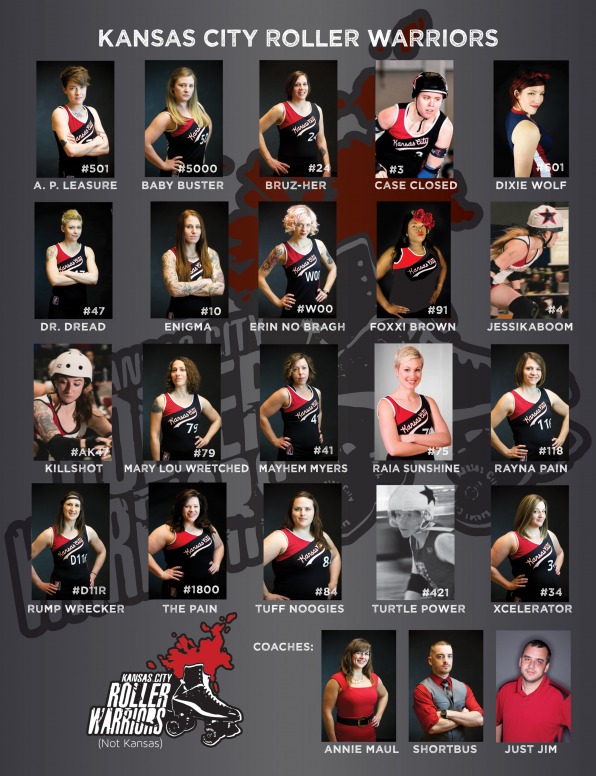 Based in: Kansas City, Missouri, USA

KCRW has competed in every WFTDA playoff tournament since the first Dust Devil in 2006.

What was the turning point for your league to make it to Playoffs this season?
We had a tough time coming out of the 2014 season after playing teams like Gotham, Rose City, Texas, and Denver. So we started 2015 knowing we wanted to focus mostly on teamwork and our goal was to make it to the D2 tournament. We're just thrilled to be back in the Playoffs again. It's always an honor.

Have you ever played any of the teams in your Playoff bracket? Which matchup are you most excited about?
We've played the Oklahoma Victory Dolls and Houston a few times — both this year, in fact! We also met up with Santa Cruz at last year's D1 playoff in Sacramento. We're a completely different team than we were when we met up with them this year, so we're anxious to see how we stack up against them again this year. We're always big fans of Houston and we can't wait to see them again.

Does your league have a motto, or words that it lives by?
Our travel team saying is "Family." It's a constant reminder that no matter what happens, we are all in this together. We are always looking to encourage each other and lift each other up, and it's something we've used to band together this year.