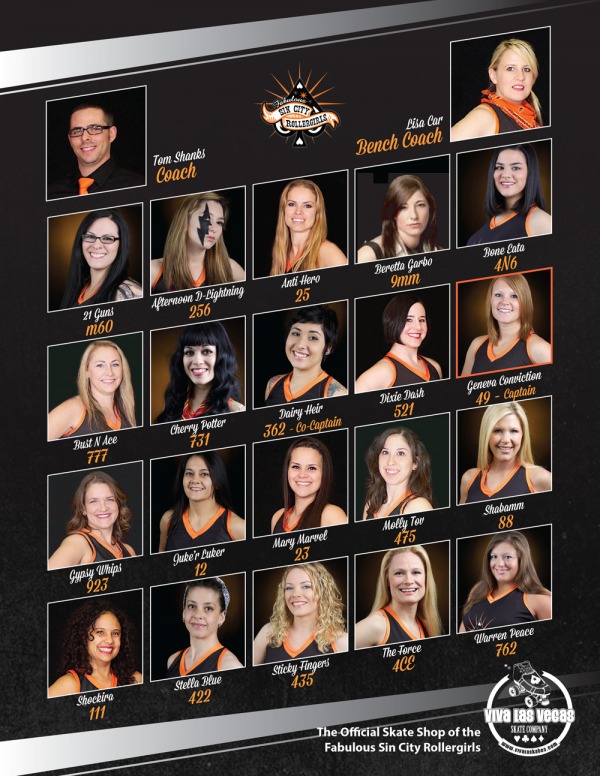 Previous Playoff and Championship Appearances: Aside from the very first season that Sin City was a league, this will be the first WFTDA playoff tournament!

Does your league have a motto, or words that it lives by?
Our motto for the past couple season has been "You know!!" It is a phrase that gets us pumped up and is incorporated into a few of our cheers. You will be sure to know when Sin City is bouting at playoffs because you will hear our bench cheering the whole game. Some of you will have the cheer stuck in your head the whole weekend. Feel free to join in!

What are some game highlights from your travel team season this year?
One of our most memorable games was against Sac City at Dust Devil. It was an extremely close game and we pulled out the win in the last 4 jams. We had been struggling with penalties but our skaters kept it cleaner that game and it showed in the final score.

The entire Big O tournament was also a major highlight for us. We played 4 games and made it a sweep! Our team work really came together and our blockers were in synch.