The London Rollergirls (London, United Kingdom) fended off a fierce challenge from the Texas Rollergirls (Austin, Texas) to take First Place in the 2016 International WFTDA Division 1 Playoffs in Montréal, Québec, Canada. Both teams will advance to the 2016 International WFTDA Championships on Nov. 4-6 in Portland, Oregon, but London will get a first-round bye due to taking the top spot at the Montréal tournament.

Tournament host league Montréal Roller Derby took Third Place and the third spot in the Championships bracket from the first of four Playoffs tournaments to be held throughout September. This is Montréal’s first time qualifying for Championships.

The weekend was packed with matchups that came down to the last jam, with two games being decided by a single point and a handful of others that were nearly as close. While ultimately finishing the tournament in Sixth Place, Boston Roller Derby (Boston, Massachusetts) made their mark on the tournament with two big come-from-behind wins on Saturday. The tenth-seeded Rocky Mountain Rollergirls of Denver, Colorado, just squeaked by Boston with a one-point margin, improving their standing to finish the tournament in seventh place.

If you missed out on any of the action this weekend, check out game photos and recaps in the tournament blog, and watch the game archives on WFTDA.tv later this week.

Congratulations to all of the participating teams, and thanks to all the officials, announcers, photographers, and other volunteers who made the weekend in Montréal such a success! Special thanks go out to tournament hosts Montréal Roller Derby for their immense hospitality to the WFTDA community this weekend. 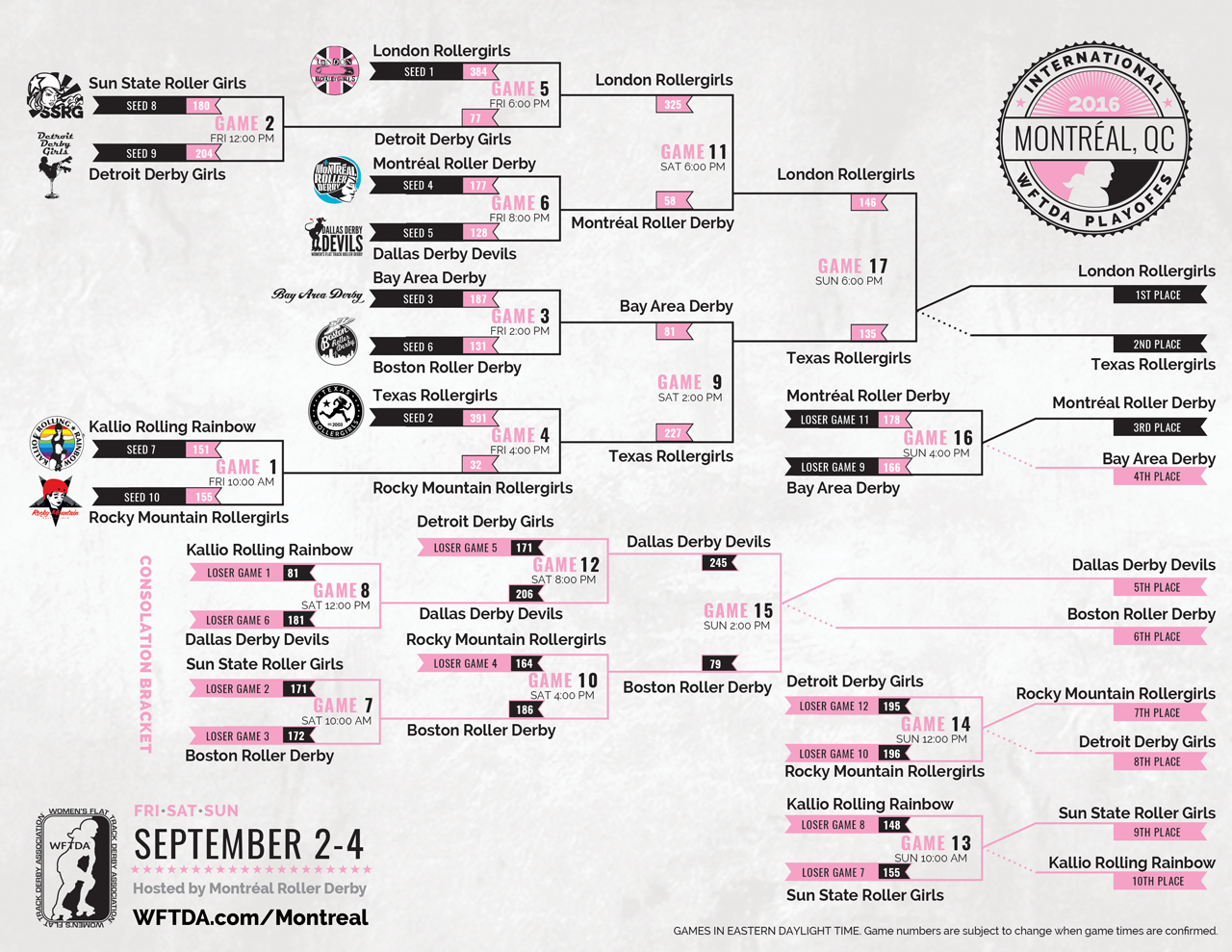